Christmas Lunch on the Green

Christmas Lunch on the Green

Picture this:
A crisp and sunny summer Sunday morning in the city. It’s early – that time of the day before the crowds finish their Sunday morning brekkie and head out to the malls. The sound of garage doors opening all across the city and way past the Bombay Hills breaks through the silence of the morning. It’s the 3 December, the day the Auckland Club has been waiting for. There’s no time to waste.

Some of us spent 20 minutes in front of the key cabinet trying to decide which Merc out of the collection best suits the occasion, others are out for an early morning exercise polishing the last imperfections of the paint before the great drive begins. What we all had in common though was the excitement of what’s to come. The Club has called to join in for this year’s Christmas Party and 52 members listened. It was bound to be a fantastic day! 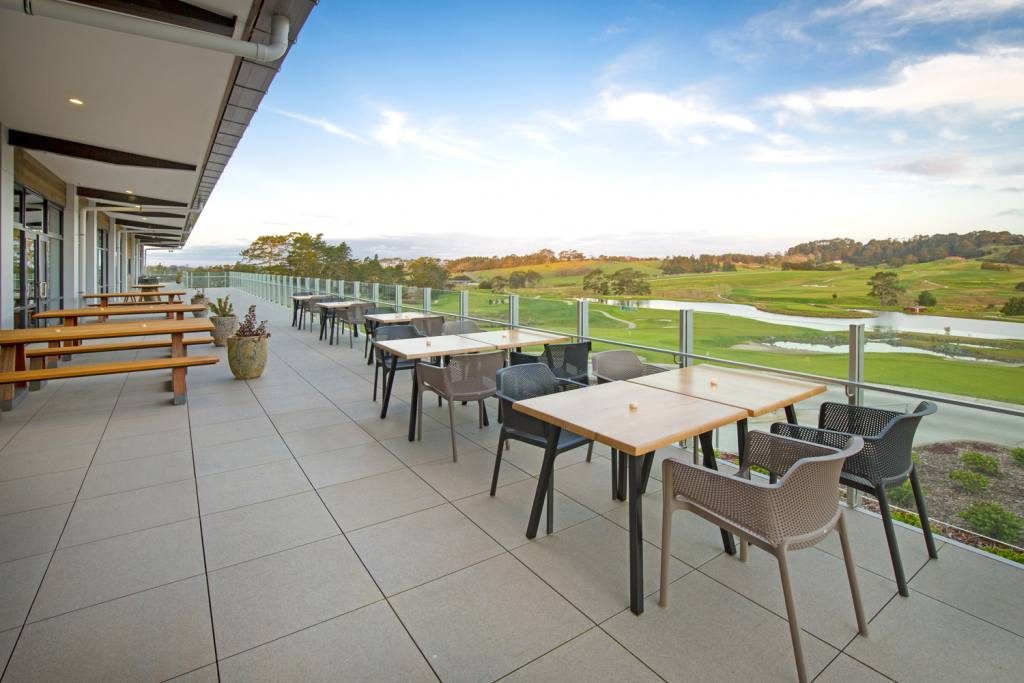 The instructions read to meet at the prestigious Wainui Golf Club around midday, located just minutes away from the Millwater motorway off-ramp, north of Auckland. We decided to check-in with Brian and Lynn Hood the day before, to ensure we gained insider information on when we needed to arrive to get the best seats in the house that were closest to the buffet. Brian and Lynn must have had similar plans as they were adamant that an arrival past 11:30 am would jeopardise the positive outcome of the mission. So we decided to plan for an arrival around the same time – just to be sure. 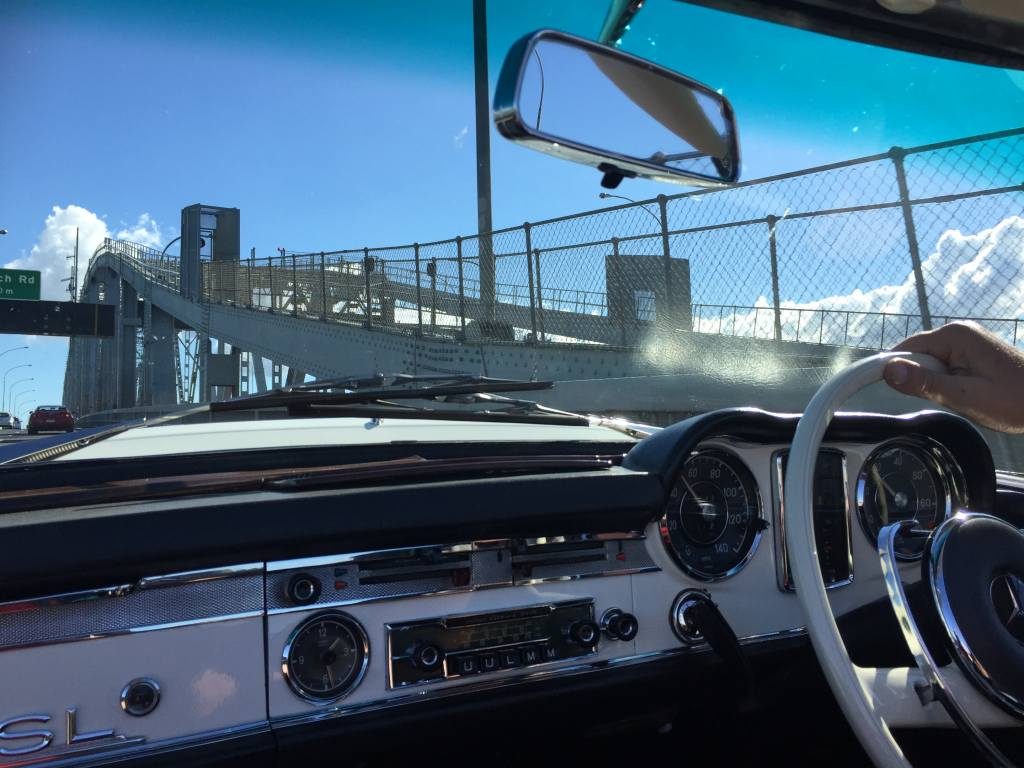 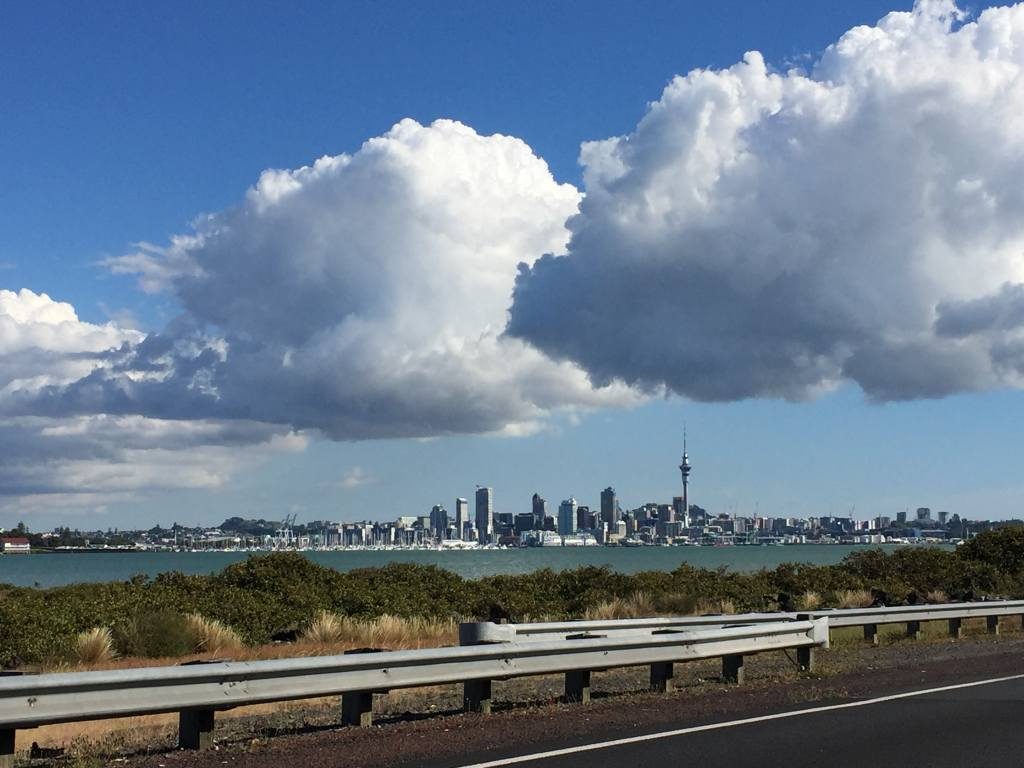 Our Pagoda had been sitting for a while as we all get busier the closer we get to the holiday season. However now was the time to enjoy a nice long drive through the North Shore countryside. After dropping off our son Joe at his grandma’s place, we drove over the Harbour Bridge in the hopes we might be seeing other Club members heading our way. By the time we arrived at the venue we had not seen a single Merc, which left us wondering whether we had been following wrong directions. It was 11:45 am when we arrived – the sun was soaring, with not a single cloud in the sky and not a single Merc in the large golf course car park. After further investigations it turned out we came to the right location and we were the head of the pack. Brian and Lynn were nowhere to be seen. 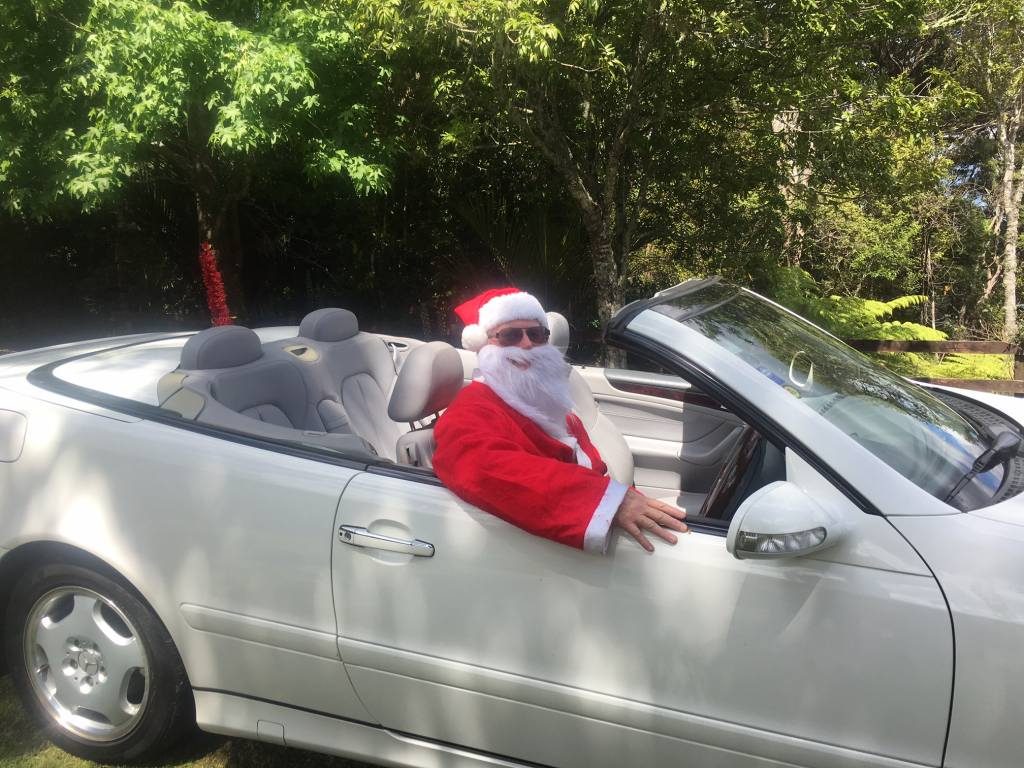 But just minutes later the sound of Classic and Sports engines filled our ears with joy and excitement. One Merc after another drove through the gate filling almost all remaining spots in the car park. All decades where present – from a Roundie Convertible to multiple Pagodas, R129s, an SEC and SLKs – it was an impressive picture. Even Santa (aka Chris Haliday) appeared in style. 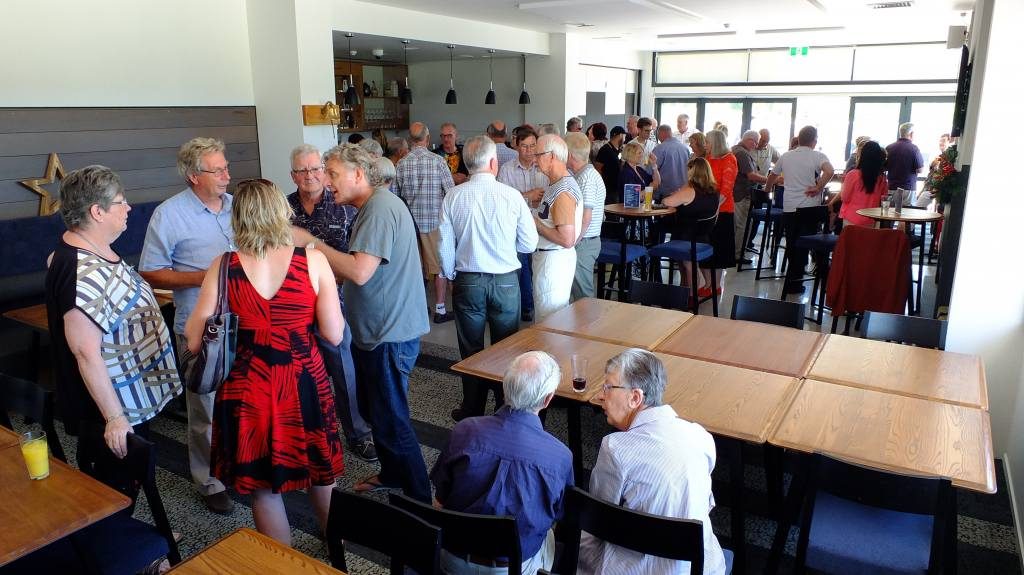 We headed inside the venue and enjoyed a few drinks at the bar. With very reasonable prices and lovely staff behind the counter, it was a real pleasure to be able to chat with the other members of the club about their cars. Harald and Vivienne Decker, the President of the Club and his wife organised the event and welcomed everyone individually as they arrived. Lynn and Brian made an appearance a while later after having followed their GPS route that sent them in a circle right around the venue location. They were stoked having made the lunch before everyone focused on dessert. 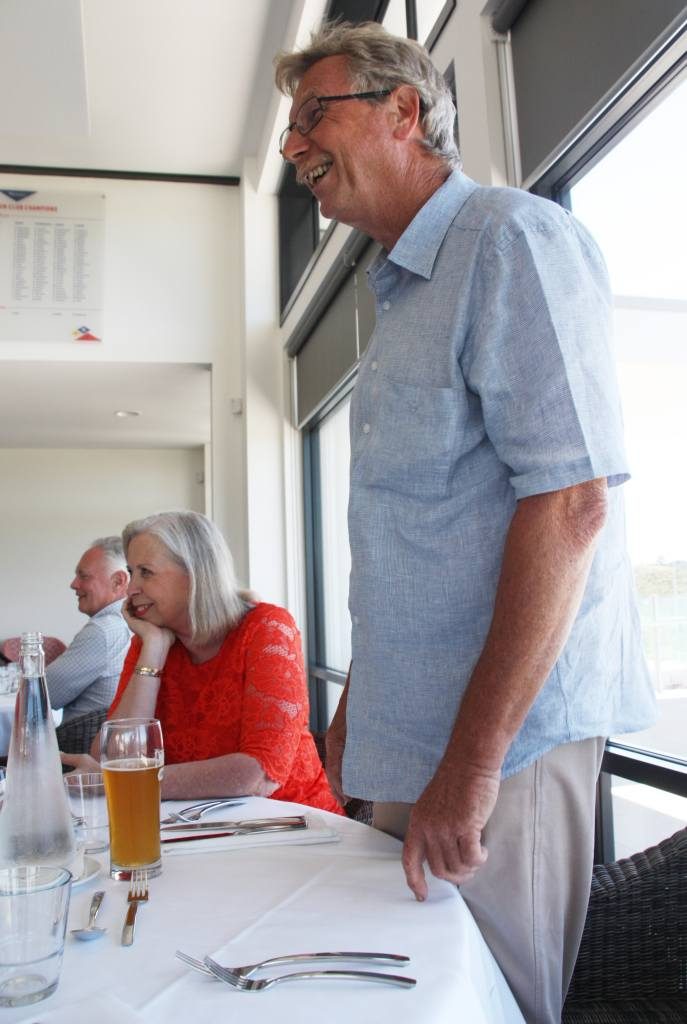 After a short and lovely speech from the President, which was packed with some fantastic Christmas rhymes and rhythms, the buffet opened and a long queue of hungry Merc drivers chewed their way through the many tasty options on offer. Fantastic food alongside a breathtaking view of the pristine Green outside the air-conditioned venue plus some nice, ice-cold drinks in our hands… that’s what I call a life worth living!

After all bellies were full and happy, the crowd slowly dispersed and most members made their way back home, except for the hard working Club Committee that moved to Mr Decker’s place to finish the day with the Committee meeting. That’s real commitment to the job. 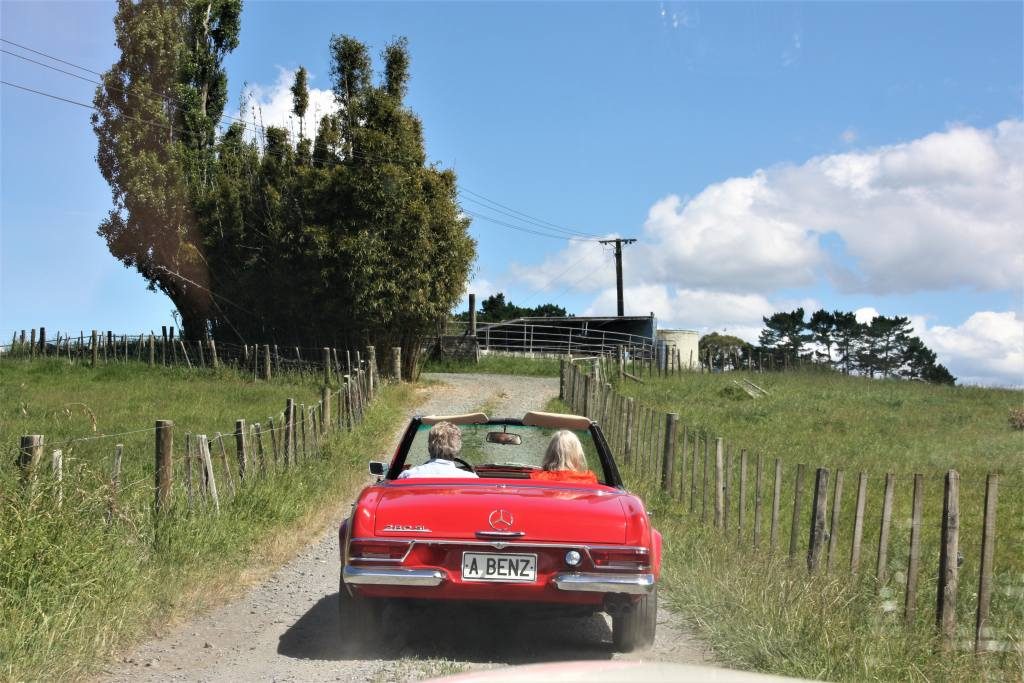 It was my first attendance of a Club Christmas Lunch and I am glad we came. Vivienne told us that the registration numbers for the event came in pretty late this year, which meant she nearly had to call it quits as the required numbers for the room hadn’t been met less than three weeks before.

And the moral of this story is to count the chickens at the end, not at the start of the challenge. Thanks for a totally marvellous and enjoyable day out with the cars. What a treat! We can’t wait until next year’s event.