A quick look ahead at the weather forecast for Saturday 24/2 and Chief Organiser Barb decided that it was full steam ahead for a second attempt at a Sunset Run out to Piha. The first attempt in October was thwarted by unavoidable circumstances and had to be postponed.

So it was that 13 cars, 22 people, arrived at Caltex Stanley St. on a beautiful summers evening; Paul Marchant’s yellow R129 matching the evening sun’s radiance. The Vankans joined us enroute. Almost half the cars were convertibles, a wise choice given the weather. Harry and family brought out their recently acquired, and partially restored green roundy for what I think was its first club run.

As 5pm rolled around, off we went. Part of the route took in the new tunnel that is part of the south western motorway. Driving a convertible myself, I was keen to drop down to third gear in the tunnel and hear the burble of my 3.5 litre V8 reverberate around the tunnel walls. Unfortunately we were ‘escorted’ through the tunnel by a group of Harley riding Headhunters and all that could be heard was the throbbing of Hogs. 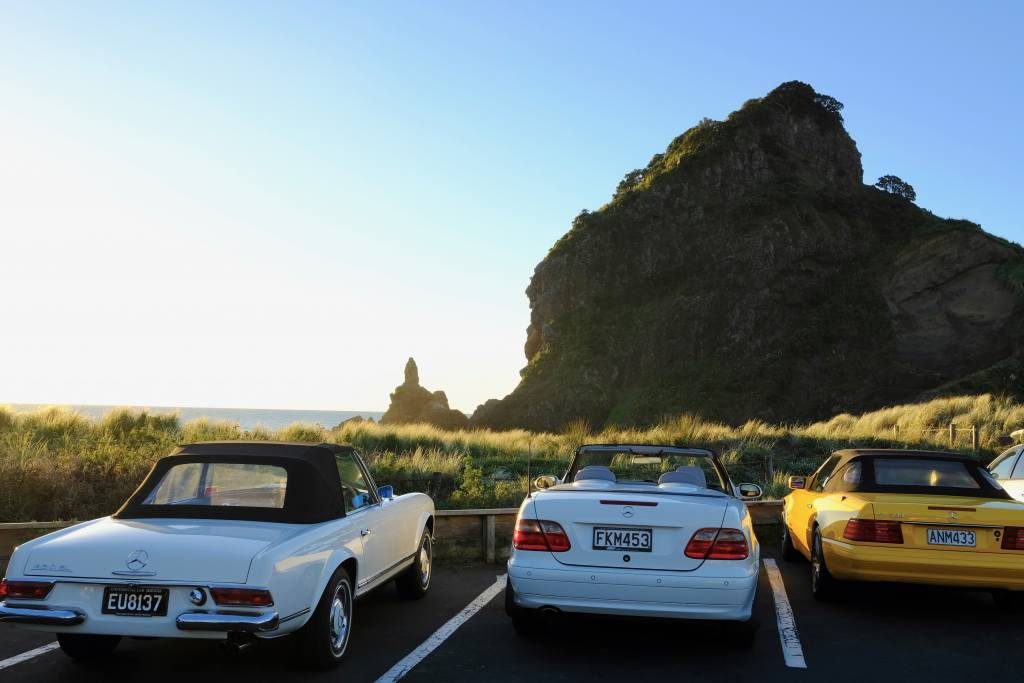 After a brief traffic holdup at Maioro Rd (well it is Auckland), we negotiated some suburban Mt. Roskill roads before hitting the Scenic Drive and some open roads. Scenic Drive is a treat with the top down in the cool evening air, dappled light catching the occasional Kereru as they swooped across the road. Before we knew it the Piha turn off arrived and shortly after we’re winding down the rough road to Piha Beach, the evening sun just starting to cuddle up to the horizon, turning the light golden.

Barb had phoned ahead and booked for 24 people. Although they were expecting a busy night the Piha Surf Club restaurant was more than happy to take our booking and, as it turned out, they coped admirably with the extra numbers. 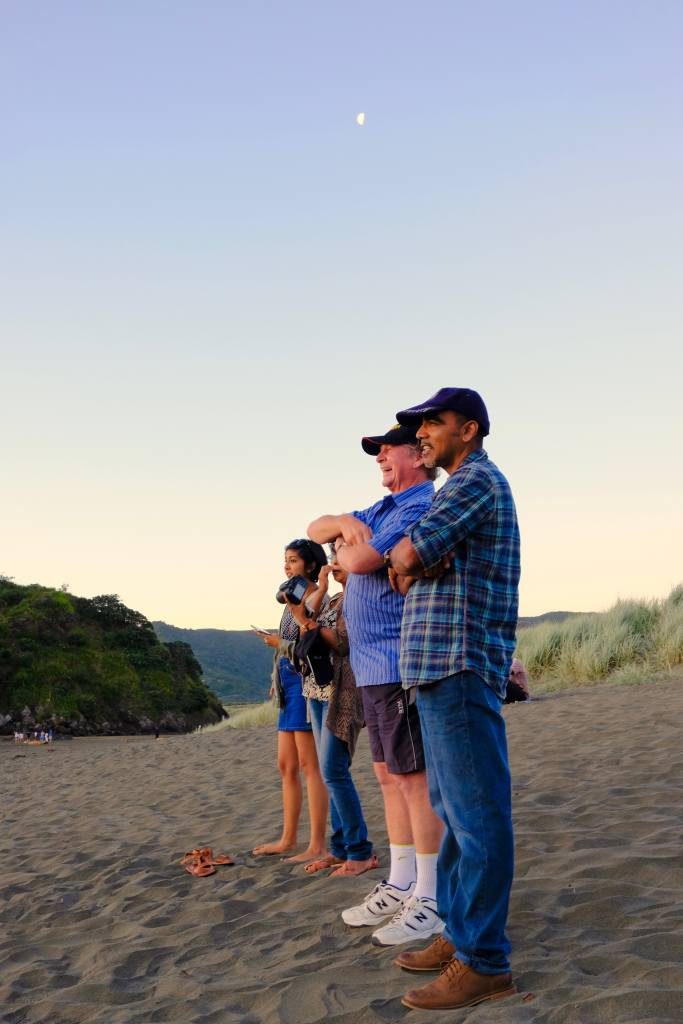 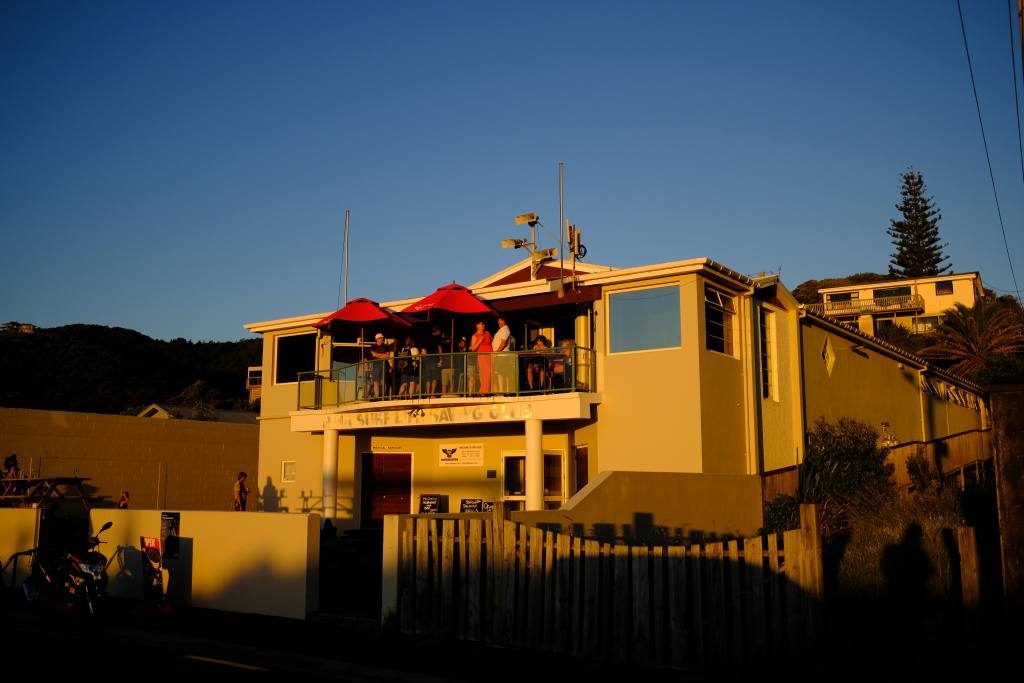 After dinner some members chose to meander down to the beach to catch the sunset, while others headed out to the surf club balcony to do the same. Some of us were hoping for an elusive glimpse of the green flash but the only clouds in the sky were those nestled on the horizon. Nevertheless, mother nature obliged with a colourful sunset and so the Sunset Run lived up to its name.

Thanks Barb for organising the event, much appreciated by everyone.