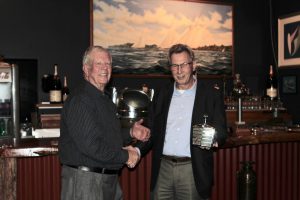 It was with much excitement that I attended this year’s prize giving.  For me, it is the premier function for the Club.  Where people get dressed up to go out for the night to see who the winners are for the year past, as well as spend time catching up with old friends.  I was able to wear my waistcoat that Janine made for our daughter’s wedding.

Swashbucklers was a great location close to central Auckland and it enticed out club members on a cold Auckland evening.  We were very fortunate to have special guests Colin and Bruce from the Manawatu Club to share their exploits of the day driving Mercedes cars around Hampton Downs.

At the perfect time, Chris took control and kicked off the evening proceedings, with everyone on tenterhooks wondering who was going to win which award.  With a few of the winners being unable to attend the night was split with absent winners announced first and then those in attendance were presented their trophies.

For me, the most anticipated trophy is the President’s trophy, awarded at the President’s discretion to the person he thinks best deserves it.  This year Harald chose Brian Hood, for everything he has done for the club, and well deserved it is too. 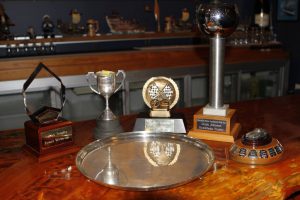 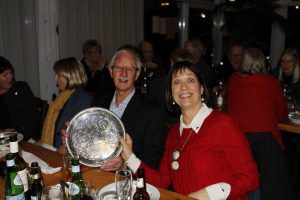 ¨ Best Article – Ken And Garry –  “From the frying pan in to the fire: Peking to Paris preparation” (Fleming Tray)

Congratulations to all the winners and thanks to all those who put in effort for the club over the last year.

It was a great night.