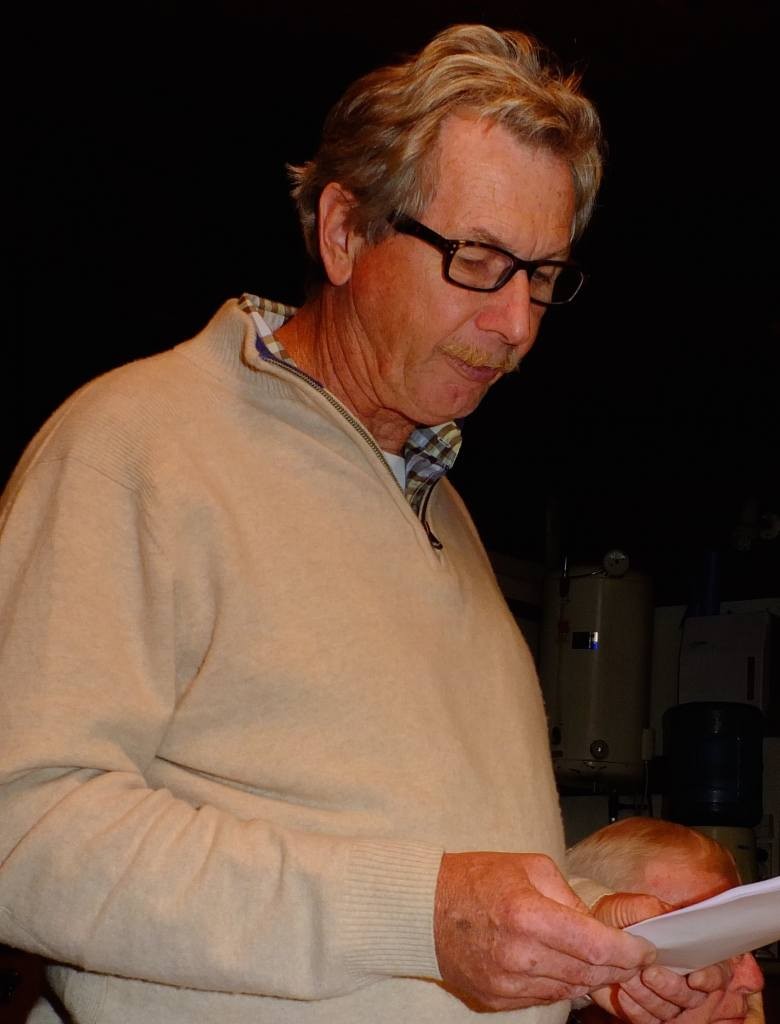 Good evening ladies and gentlemen and thank you for attending our 2016 AGM here at the West Wind Cinema. This venue has again been chosen due to the extremely positive responses received last year combining the AGM with the prospect of a good meal afterwards to be followed by a light hearted movie. Last year it was “The Hangover” and tonight we will be watching the 1981 NZ classic “Good Bye Pork Pie”.

This year our AGM is held again after the National AGM with its Executive Meeting, which allows me to briefly report on it today. The date was also chosen as this is a suitable winter indoor event with the bonus of a good meal and movie thus hopefully attracting more of our members to attend.

Our membership presently stands at 96, 11 up from last year’s count of 85 at the same time. This is positive and your committee recognise the need to keep events interesting and lively to continue this trend. But it also carries the opportunity for all members to “spread the word” and make it known to prospective Mercedes friends to join our lovely club with its annual raft of fine activities.

This brings me to an abridged count of last operational year’s events:

June of last year saw us trying to get good results in playing Gloputt Mini Golf in the dark. Quite hilarious at times and recognised as being a formidable indoor event.

July had us convening at Harindra’s workshop over cheese and wine listening to technical and maintenance aspects of some Mercedes Benz cars. This event was aptly called “Wine and Grease”.

Organized by Daryl Jeffery in August for our MidWinter Dinner & Prize Giving we sat at long tables at La Cigale enjoying a three course meal, followed by a lively presentation of our various trophies who found suitable hosts for the year. Bill was the MC assisted by Greg, our Club Captain.

September was highlighted by our Scavenger Run, organized by Chris Haliday, with an almost impossible list of objects to be collected enroute to the finish at the Normanby Hotel. Some clever finding and buying techniques were observed.

Garry Boyce hosted the October event, a presentation of the 60th Anniversary of the Greatest Race, the Mille Miglia, including video footage and a reading of the famed article by his wife Alison. This evening was extremely well attended as we also bore witness to the unofficial introduction of his latest acquisition, namely a 1938 540K.

November saw us back on the road with a Graeme Collie organized Economy Run leading us through some previously untravelled roads ending at a café in Greenhithe. Vivian and I came last with our 1960 180B Ponton and I was hoping to get a consolation prize to the tune of a $500 petrol voucher to sustain future driving but this was not to be.

Our annual Christmas Lunch in December was again held at The Brigham in Whenuapai and was well attended. All cars could be parked up on the expansive and well-kept lawns at the rear of the premises shaded by large trees. A special thank you goes to Lyn and Frank Parker who came all the way down from Ruakaka to join us.

In February we all headed to the Ellerslie Intermarque Concours. This year’s club display was themed around the love affair of one’s car and the extent he or she would go to. Barbara, Greg and other helpers concocted a superb concept which was for me absolutely the best display our Club has provided to the public. This was not quite shared by the judges who put us in a ranking which shall not be named here.

March sported the inaugural Brit and Euro Classic Car Show show held at Lloyd Elsmore Park in Pakuranga, with the aim to highlight the technical and body design marvels of bygone eras. Bringing this event together was a combined effort of several British and European Car Clubs, with our Club being represented by Ken Williams and Graeme Collie. Some 400 cars on the day proved it will be a show to stay.

Also in March we attended our third Top Down Tour (also known as TDT3) organized by Barbara and Greg which led us to some stunning places. And sure enough, they did book the high tide to coincide with our arrival at the reserve at end of Potts Road, a place where one would like to build a home and settle down.

April had us on the road again on the Southern Road Rally organized by Daryl and Janine Jeffery. Unfortunately the weather didn’t show its best side but that did not stop 18 cars partaking in this event.

Our last event in May had the Zealong Tea Plantation as its destination where we learned about organically grown camellias providing the top three leaves for the production of their teas, another quality NZ product exported to the world. We also learned to unlearn our present tea boiling habits, namely to brew tea at 70-80 celsius rather than the usual 100C. All in all a great tour again organized by Janine and Daryl.

From the above you can see that your Committee is ever active to provide you with excellent events and outings but also works constantly behind the scenes doing all the menial jobs necessary.

I would therefore like to express my sincere thanks to all of the Committee, a body well-oiled and running like clockwork. We have our Vice President Bill Bray who, in his quiet way, adds well-reasoned thoughts to matters at hand. This is to be followed by our female triumvirate, a powerhouse of efficiency. They are Barbara Lokes our note keeper and event reminder/organizer, joined by our editor Alison Lambden who was instrumental in creating our new-look website with its logic and ergonomic handling, and last but not least we have our treasurer Vivian Decker, spitting out our monthly state of financial affairs and managed (yet again) to be at our auditor’s threshold on the 1st of April.

Our other Committee members are our Club Captain Greg Lokes, now joined by Daryl Jeffery, who keep coming up with ever new outdoor events and trips which is not particularly easy on the Auckland isthmus. And then there are the “Wise Guys”, David Winn, Brian Hood, Garry Boyce, Ken Williams and Graeme Collie who, with a combined age of over 300 years, come up at the right time with appropriate comments and suggestions to help steer our fine Club. Brian is also looking after our membership, and doing this for numerous years now.

We have lost our venue for committee meetings at the Mercedes Headquarters in Mt Wellington due to security and health and safety reasons. We have instead now moved to a rostered meeting at Committee member’s homes with the added advantage of sampling different styles of brewing teas and coffees, usually accompanied by cookies, cakes and the like.

I briefly inform you now about the recently held National Club AGM and the preceding Executive meeting.

Magazine : Leading up to the main topic discussed, which is the cost to produce the Magazine, is a fact stemming from the 2015 Executive Meeting at which it was voted for by all Regional Clubs to lift the annual levy from $55.00 to $88.00 per member as of April 2016. I abstained from voting at that stage as I could not evaluate the ramifications it had for our Club within the spate of 5 minutes.

With our own annual fixed costs of ca. $22.00 per member our Committee would have needed to raise subscription fees from $75.00 to probably $115.00 or $120.00 taking into account non-renewals of present memberships. This was met with stern opposition and as there was no way to save costs elsewhere within our operation a bright mind suggested to lower the amount of annual magazines we would receive for Auckland. This was subsequently forwarded to the National and the other Regional Clubs with emphasis on the fact that Auckland would always pay its fair share to the National Body so that no one would be disadvantaged financially. Only Lorraine from Midlands called to inquire further as to our suggested concept.

Executive Meeting: Here I explained again verbally why Auckland needed to be happy with only six Magazines per annum in order not to exceed a $95.00 to $100.00 threshold but still contributing to all of National’s fixed costs. Lorraine from Midlands picked up on that and declared that Midlands would like to support a bi-monthly Magazine. This was suddenly also supported by Graham from Hawkes Bay, Geoff from Canterbury and Harald from Wellington. A motion was then passed as to trial a bi-monthly magazine with the objective of saving costs. By how much will be decided within the next few months.

AGM: This year our Committee had Bill Bray as the only one person and delegate for Auckland to join me at the AGM and Conference in Wellington. Bill was the sole bearer of all six proxy votes with my own vote being the seventh to vote on the remits forwarded by the Canterbury Club. As a bad turn of fortune we were advised in the afternoon prior to leaving for Wellington that Auckland missed forwarding the name of the delegate carrying the proxy votes and that Auckland had “no standing” at the AGM. Constitutionally the National Club was correct in stating this but on a human level it was absolutely devastating. All of us were stunned as there was no room given to allow for an exception. Bill and his wife subsequently cancelled flights and accommodation as there was no need any longer for a Proxy Vote bearer.  This left only myself with a single vote which would not have made any impact as from the Auckland membership. I did however inform the Executive the day before how Auckland would view the remits and declared that I would not stay for the AGM, firstly as everything of importance was covered at the Executive Meeting and secondly to support Bill and Teena.  Ultimately all remits were then voted for or against as we would have voted anyway, so no “damage or loss” incurred. The wording of Canterbury’s remits and the voting results have been published in the Magazine for all to inspect.

To all of our members I would like to apologize for the oversight of our Committee to submit the delegate name(s) in time and therefore failing to represent you at the AGM. But since I am the head of the Committee and the “buck stops with me “ I am happy to face all consequences.

Lastly I would like to say that I am gracious for the trust you all have put in me and that there is a certain non-monetary reward associated with doing voluntary work for a worthwhile cause.

Click here to view the AGM photos on our Gallery page.