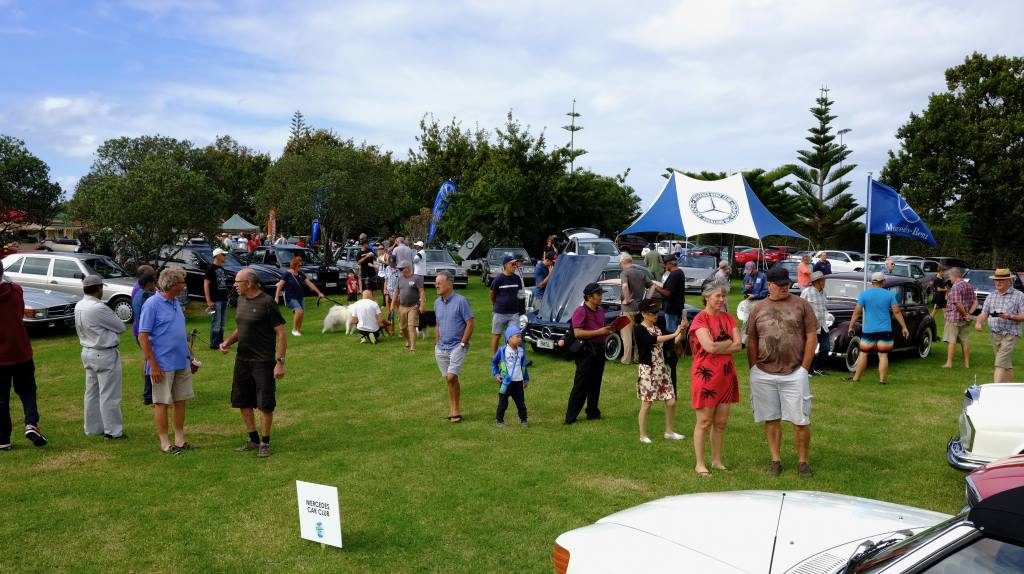 I was up before dawn on the day, having woken frequently during the small hours as I had never participated in an event like this before. Left home at 7.30 sharp in light rain, and less than 300 meters from home was joined by the first fellow participant, an Austin Princess from the 60’s. By the time we joined the motorway at Silverdale the rain had stopped and we had broken cloud overhead. During the drive south several other cars had joined the convoy and by the time we exited spaghetti junction there was a Morris 8, two vintage tourers and a DB5 Aston Martin. Many other marques were seen the nearer to the venue we got.

The instructions for the day were great and it seemed no time at all until gate “B” was located and Greg & Barbara parked us up in the right age slot. Bill Bray was doing his “thing” on the barbeque and everyone who needed sustenance had a bacon and egg roll for breakfast; thanks Bill for a great job. Our Club trailer duly turned up and under Brian Hood’s direction the marquee was soon erected. Just as well as the sun soon came out and the day warmed up, with a light breeze keeping the temperature bearable.

The Auckland Mercedes Club had a fantastic member turnout with a total of 31 cars presented.

I set off to stroll around the various displays and came across several vehicles that brought back memories; a SWB Series 2a Landrover of the type that we had driven as a family around East & Central Africa in the late 70’s and 80’s. An immaculate 1938 1.5L Jaguar of a type that had been my first car after a series of motorbikes as a young man. My example was a disaster in every way. It had spent its entire life parked outdoors at Evans Bay in Wellington where it was constantly drenched in salt spray – I leave the resulting struggle to your imagination. There was also a Buckler of a type that I had in the 1960’s.

For me the highlights were Harald’s prize winning 190SL, a Bugatti type 59 recreation, and the De Dion Bouton 5HP.

Lunch time brought out the BBQ’s and a convivial couple of hours ensued with stories and reminisces and other tall stories being told. 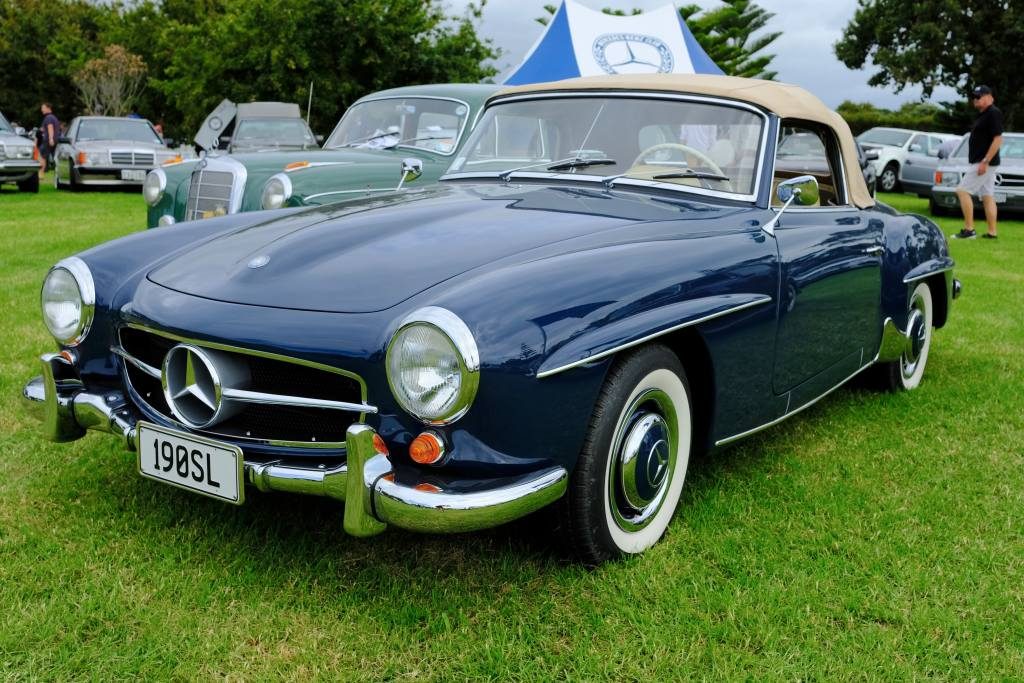 With over 800 participants it was a stupendous day out and I will certainly be there next year.