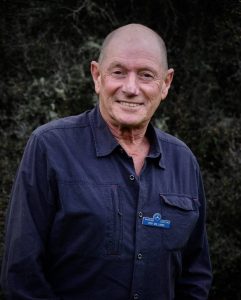 Ken has a long association with our club from the day he answered an advertisement in the  paper suggesting those with an interest meet with other like-minded people in a car park for a coffee and drive together, through until now.

He was involved when the club purchased a 1935 Mercedes 200 LS as a restoration project and for many years it was intermittently worked on by the members.

He has served on the Auckland Club committee for almost the entire time since it was formed back in 1976. It became an incorporated society and then he put his effort in to encouraging and helping other regional centres to start their clubs. The National Club had by now moved to being Auckland based. He was President on the National Club Committee for a few years and held many positions including President, on our Auckland regional club.

We could not be in safer hands.

We were introduced to car shows, trials (which turned out to be too difficult) and grass gymkhanas and had many years of fun at such events, where he was assisted by other members in the running of these. And will continue to run these events today. Ken has been the winner of these competitions many many times. 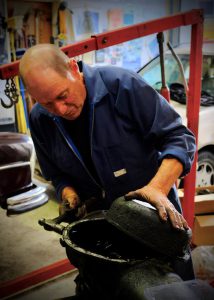 He is also into car racing, in a Mercedes of course. Firstly, in a 1973 280E W114 in Classic races and Targa. He won his class in the 1st Targa, then had engine failure in the 2nd, then rolled down a paddock in the 3rd. We patched it up and continued and finished but the damage meant all the mechanicals were moved into a 1973 W114 280CE 2 door coupe. This car still gets raced regularly at all NZ tracks. Ken is involved in many other car related activities, such as Classic Car Shows, The Rally of the Incas, and recently competed and was well placed in the “Ultimate Endurance Rally,” The Peking to Paris Rally, with another Club member Garry Boyce in his 1964 Mercedes 220SE Coupe which they rebuilt/prepared themselves!

He also recently got together with his 4 brothers to enter the 24 Hours of Le Mons at Hampton Downs. Their lemon was an old Honda Integra which remained competitive (along with the 5 brothers) for 24 hours straight and won by 3 laps!

We could not be in better hands, than these enthusiastic ones.

Thank you, Ken, for giving us the privilege of having you be our Patron.

Ken Williams – The Man and His Cars

CAR CLUBS TO WHICH HE has belonged:

What has Ken recently accomplished within the collector car hobby?

Ken’s contribution to the Collector car hobby is continual through his involvement with the Variety Club Bash, his racing and Marque and Classic Cut Club activities.

Ken’s involvement with all aspects of cars has encouraged others within those Clubs to get out and give it a go, be it Concours, Racing, Rallying, Purchasing Collector Cars, or “Bashing”

What has Ken done to raise the visibility of the Collector Car Hobby?

Ken’s enthusiasm with the Variety Club Bash has pulled more people into this Charitable Organisation both here and in Australia. He has encouraged members of the various Clubs to use their talents by helping to prepare cars, drive, pit crew, or marshal at the various activities he has been involved with.

Ken has a “give it a go” attitude and will assist anyone who asks for his help. He is a quiet unassuming person who will promote “causes” but not himself. He is always willing to lend cars, take part or “acquire” vehicles for any Charity event, Parade or whatever when called upon – for example he marshalled together a team of Mercedes to go in the 1986 America’s Cup Parade down Queen Street Auckland

Ken raced a BBM Mercedes Classic Racing Car and now a Mercedes 280E Classic Car in Street and track events and proves that it is not just the “young” guns that can win, winning many races against people who are sometimes very much his junior.

Ken has a true sportsman’s attitude: if he wins, he is quick to congratulate the losers for a good race or event, if he loses he congratulates the winner for giving him “a run for his money”

How long has Ken been involved in the Collector Car Hobby?

Other Comments about Ken.

We asked various Mercedes-Benz Auckland Club Members to sum up Ken in a few words; here are some of the replies.

Reliable,  always willing to help, No question is too stupid for him to answer. He talks intelligently about cars and if he does not know the answer he will find out, terrible dry sense of humour, have you listened to his mobile phone answer machine? Fun guy. Hard worker for Children’s Charities. Great guy to be with if you are in a jam. He treats women like they know what he’s talking about (yes, well I know what she means- some guys talk down to women who are in the Car Club scene). Shows great sportsmanship. Is a role model for the younger members of the Club and encourages them in road handling skills etc. Finally, from one of the younger family members – perhaps one of the most important things by a youngster who has only recently got his licence he (Ken) has taught me that speed is for the track and off road and that it’s not the car that kills but the driver!!! He also added that if he could drive half as well as Ken when he was HIS AGE (Ken’s) he would be happy! (I think that was meant to be a compliment). “ Once you’ve had one you’ll never go back” (Mercedes that is).

THE AWARDS HE HAS WON WITHIN THE MERCEDES-BENZ AUCKLAND CLUB

We tried very hard to find out what awards he has won all we got was “oh a few” – we know there are many but we had to resort to looking in the trophy cabinet and our records.

What type of influence has Ken had on the media, opinion makers and legislation that has affected the collector car hobby?

Ken has always used the media to benefit his “causes’ as well as promote the Marques he belongs to. He is a skilled negotiator and was responsible for obtaining Daimler Chrysler support for the National Magazine, and subsequently Mercedes Benz Germany’s support for the NZ Clubs and for the members particularly those with Classic Mercedes who find parts hard to come by. Ken will take up any “cause” he thinks just or where he sees injustice.

INTERESTING VEHICLES OWNED OVER THE YEARS

And since he won the Maguires Award