So how did I come to be standing on the side of a country road south east of Brescia Italy photographing the 2019 Mille Miglia cars as they roared past? 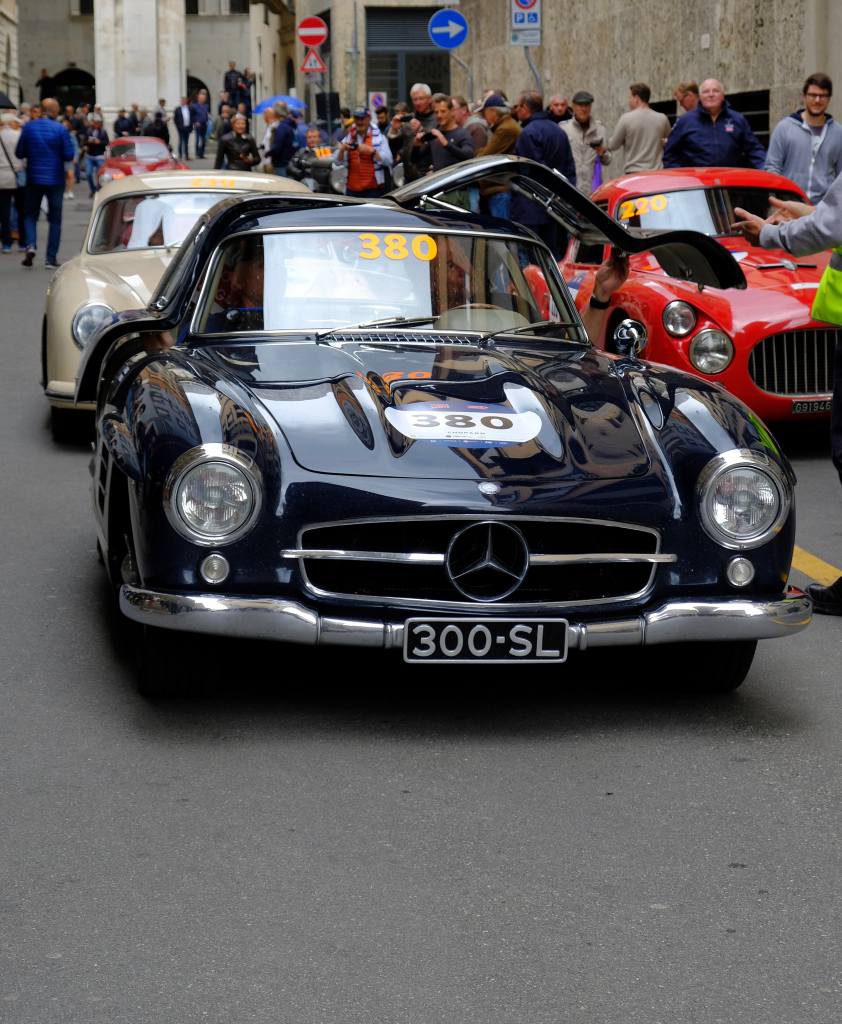 To be fair it’s mostly Garry Boyce’s fault.  I caught the Mille bug from him when he introduced me to car 722, Stirling Moss and the article his co-driver Denis Jenkinson wrote about the legendary victory by the three of them in the 1955 Mille Miglia. The article itself has become legendary. I became keen to experience this rally in person, even though it is much watered down now. Of course the main attraction was to see the cars and photograph them, me being a keen amateur photographer ’n’ all.

My wife Barb and I had a long term plan to have an extended holiday in Europe once our kids had left home and we had sold our business. Things fell into place late 2018 and therefore we could head to Europe in March 2019. The Mille Miglia was made a “must do” and so it was that I was able to stand on the side of a country road south east of Brescia Italy photographing the 2019 Mille Miglia cars as they roared past. 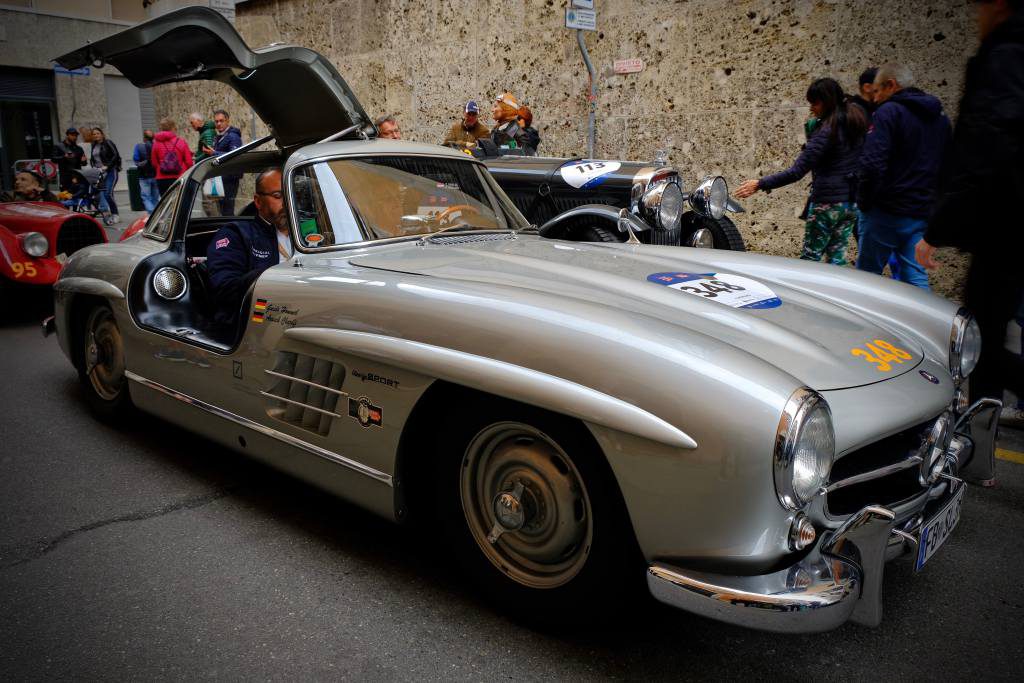 I stood beside that road for four hours! It sure didn’t seem that long. I did move up and down it a bit to get different shots though. Without doubt the highlight was to hear and see the 300 SL Gullwings. So many of them! You could hear them coming. They have a distinctive sound, similar to that of a WW2 fighter plane approaching.

I learned later that the white Gullwing (top photo, car 357 with the signwriting all over it) is a famous Gullwing. It won the only NASCAR sanctioned sports car race in 1954 and was the first of 29 aluminium bodied cars built. 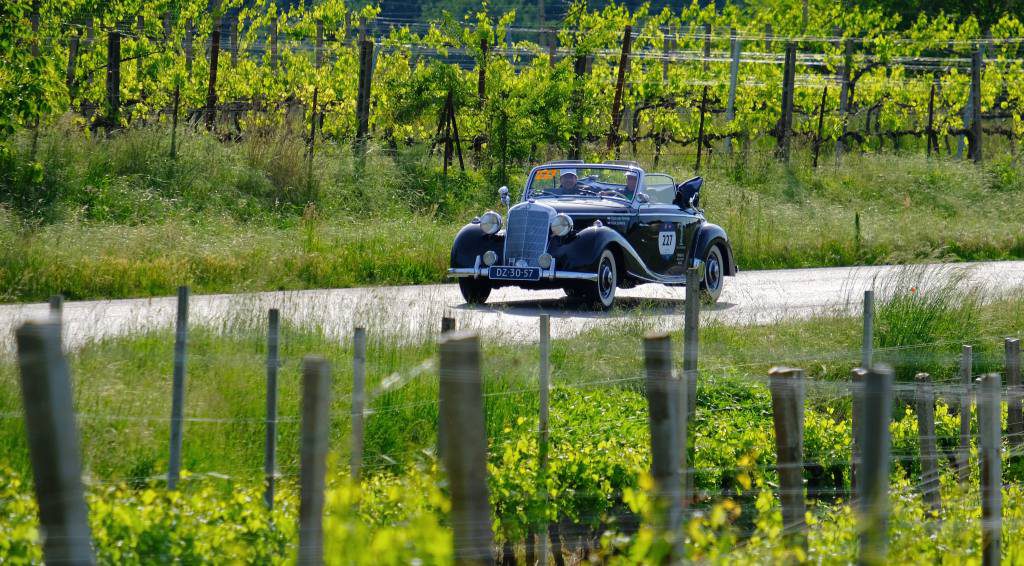 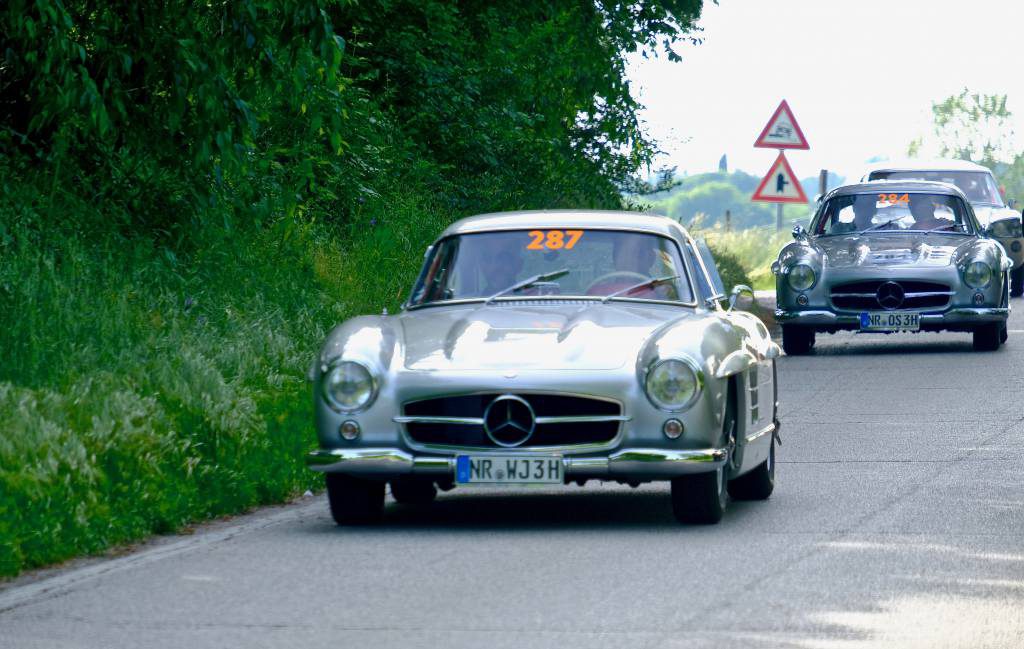 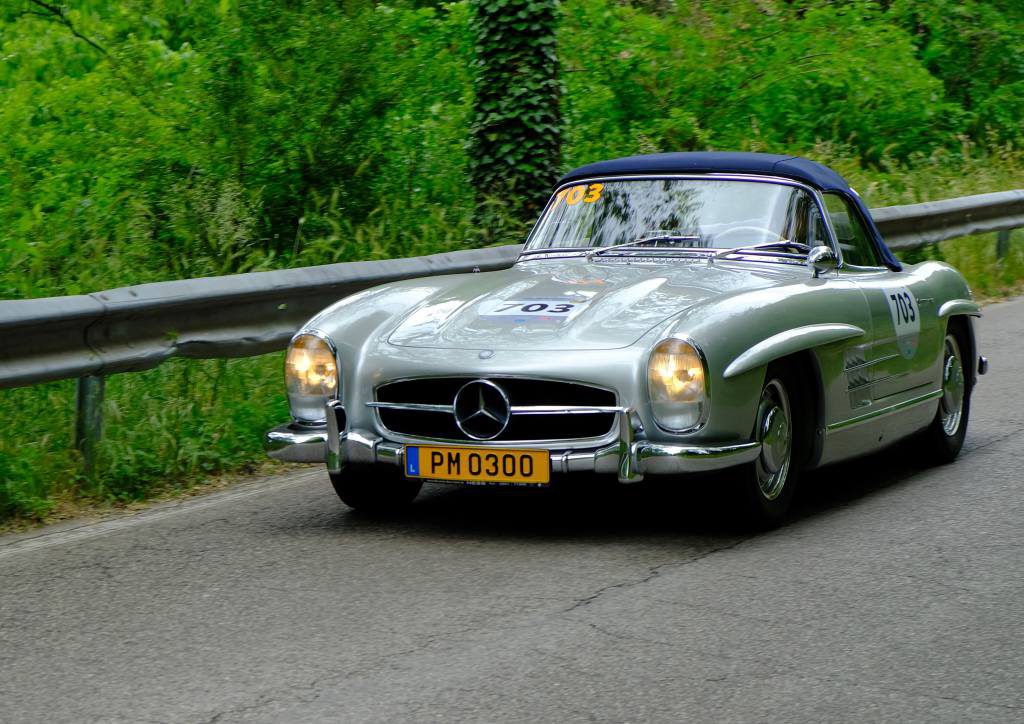 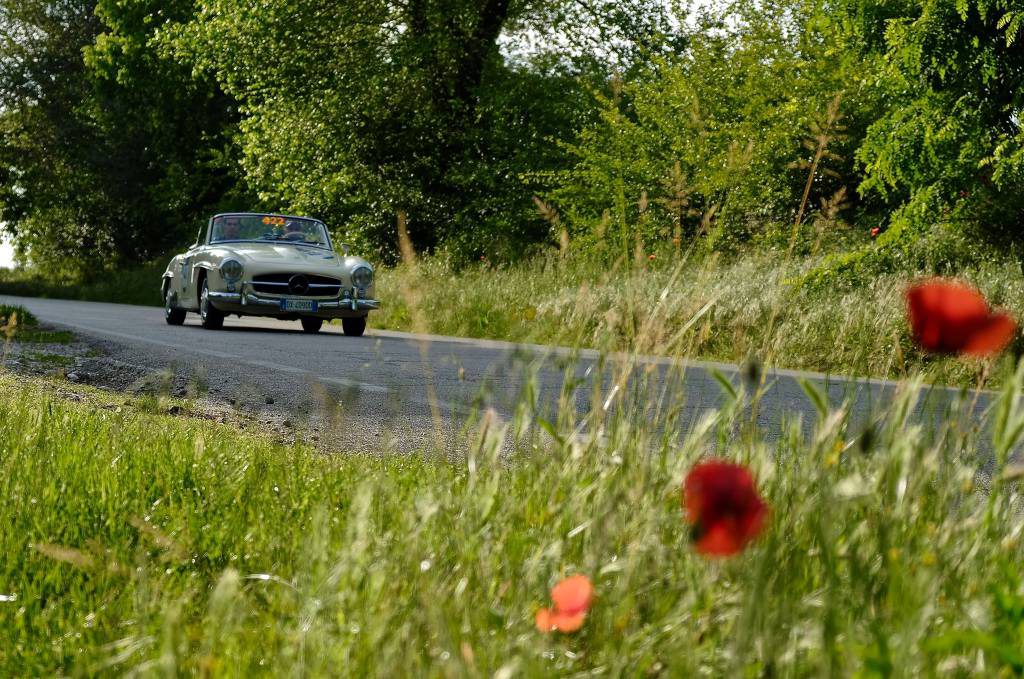 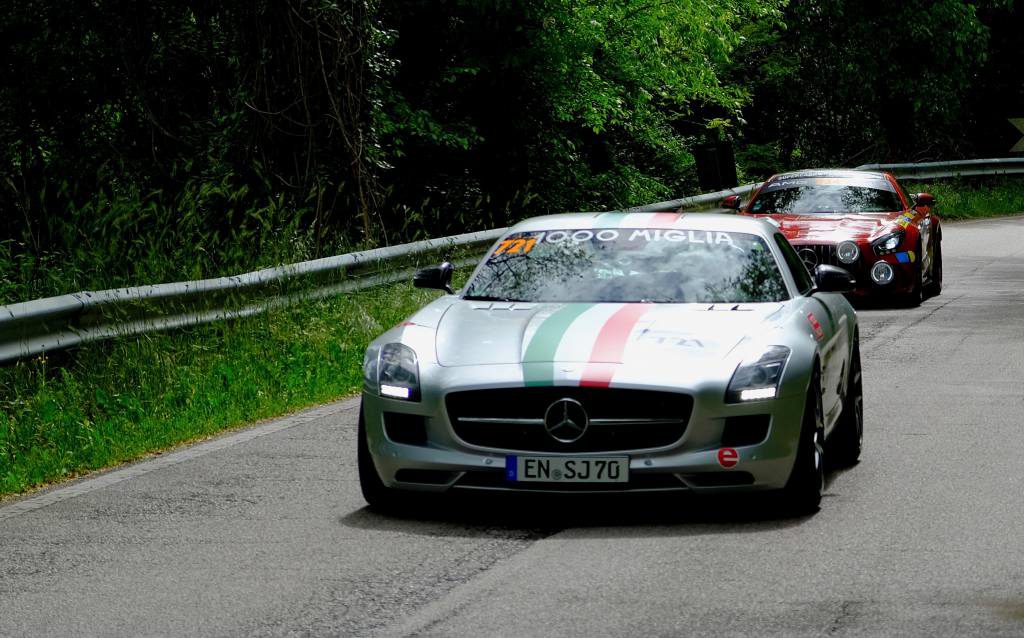 So I can now tick Mille Miglia off the bucket list. Let’s see what is next on the list…ahh yes, the Schlumpf Collection in Mulhouse France. I think I’ll be needing more than four hours for that though.